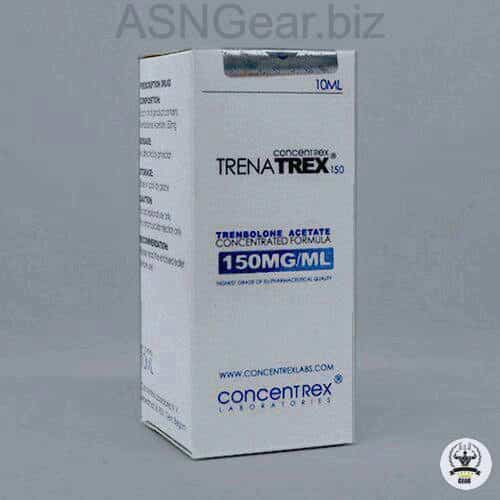 Trenbolone Acetate is a short ester of trenbolone. The most popular form of steroid with the shortest period of half-life. The acetate ester is stored in fat depots; the active substance by piecemeal comes into the blood. A short half-life leads to a high frequency of injections, which may be inconvenient for beginners. The average tren acetate dosage for cutting varies between 100-150 milligrams every other day.

Trenbolone solo cycle is very powerful and is strictly not advised for beginners and women. The higher the cutting dosage is, the more side effects will occur. There are some general recommendations for making safe tren acetate cutting cycles with minimal risk. First, do not exceed the recommended dosage in order to get a faster and more pronounced effect. The limiting dosage for tren acetate is 50 milligrams daily, for enanthate 300 milligrams weekly. Second, you should start with the minimal dosages, and slowly increasing them to the optimal: this makes you feel the reaction of the body, and in case of side effects to cancel the steroid on time.

If your tren acetate cutting cycle is longer than 5 weeks, it is recommended to use gonadotropin (from the second week of the course, with a dosage of 500-1000 IU, weekly, until the beginning of the third week after the cycle end). It’s better to start PCT when the steroid has completely gone from the body. About 2 weeks after the tren enanthate course, or 2-3 days after if acetate was used. An excellent PCT is Clomid (you can replace it with Toremifen). It is undesirable to use Tamoxifen because of its property to enhance the progestin effects of Trenbolone. By taking boosters for 3-4 weeks, you will recover endogenous testosterone levels. Properly selected sports nutrition provides maximum efficiency of the course.

How to take Trenbolone Acetate with other AAS

For muscle gain, trenbolone acetate does not require use in combination with other steroids, because the tren acetate manages this task itself perfectly. Drying cycles are usually mixed with Anavar or Winstrol. When cycles are mixed, half doses of each steroid are usually used. The course lasts no longer than 8 weeks. There is no need to take antiestrogens.

How to take Trenbolone Acetate

As for how to take Trenbolone Acetate and Enanthate to professional athletes, it is best to include Testosterone Enanthate and Nandrolone to gain muscle mass. The duration of the course in some cases can reach 16 weeks. However, there is a high risk of side effects to happen.

The following Side Effects of Tren Acetate might happen: increase in blood pressure, excessive aggression, increased oily skin, acne, and baldness. Suppression of the production of own testosterone can cause a decrease in libido and even testicular atrophy. To prevent them need to be used Dostinex and HCG. The steroid is not toxic for kidneys, but urine can be stained red with excreted metabolites. As for the pressure on the liver, it is moderate. Side effects from Tren acetate or enanthate are more likely when ephedrine or Clenbuterol is included in the Cycle.

If you want to know more about how to take trenbolone acetate you can read it here.

Be the first to review “Trenatrex 150 Concentrex 10ml” Cancel reply