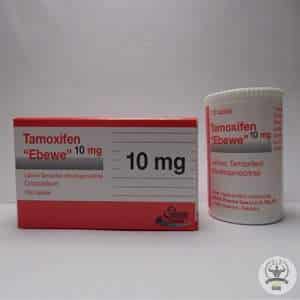 Tamoxifen as an antiestrogen in Bodybuilding

Tamoxifen is a classic antiestrogen that’s been used by the bodybuilding community and men that are using steroids for many years. The utility of this Tamoxifen is more focused than the other drugs. Tamoxifen is specifically for on cycle or PCT, gynecomastia, and specifically as a regimen with other drugs for post cycle therapy.

The drugs that are obviously used with this are classic estrogenic anabolic androgenic steroids like esters of testosterone and drugs like Dianabol and Anadrol. But it’s used with many other steroids as men use steroids together in stacks.

Interestingly unlike aromatase inhibitors, anti-aging clinics really don’t use this drug so much.

It was synthesized by ICI pharmaceuticals in 1962. It was approved by the FDA in the mid-60s initially for female infertility. This is interesting because it’s a SERM like Clomiphene that now today is much stronger for that utility. After many years in the study by 1977, the FDA cleared Tamoxifen for what it’s used for today which is hormone-receptor-positive breast cancer. In 1998 the FDA gave it the second clearance for breast cancer prevention and high-risk individuals.

The mechanism of action of Tamoxifen

Tamoxifen belongs to the class called selective estrogen receptor modulators. As all SERMs do Tamoxifen has both estrogenic agonistic and estrogenic antagonistic blocking effects depending on what receptor and what part of the body system were looking at. So for example properties of anti-estrogenic, you would see the blocking effects of the estrogen side of breast tissue where we see breast cancer. That’s a very strong blocking effect at that point and in that part of the body. Also in the CNS like Clomiphene, you also can see the blocking of the hypothalamus and you see a reflex increase in FSH and LH. Again like Clomiphene but definitely not as strong in this effect as Clomiphene.

As far as pro estrogenic effects in the body it’s known medically and classically for decades it is going to have positive effects estrogenic like in the liver and it’s very interesting will discuss later the effects on cholesterol (HDL). Also, Tamoxifen as a pro estrogen is in the bones and there are other and more specific classes of SERMs that are used for postmenopausal women that have osteopenia and osteoporosis or they want prevention.

Medical Uses of Tamoxifen as per the FDA

Interestingly, it was the first drug that was used, and then a decade or so later came Anastrozole and substantial report and studies are showing that for most women Anastrozole (Aromatise Inhibitor) is actually better and more protective for treating breast cancer. But this is still a patient per patient decision on how to use Tamoxifen versus Aromatase Inhibitors for a woman or rarely a man with breast cancer.

Off-label use of this drug by the FDA and doctors do use it is nostalgia which is actually used more for women. This is where we see it used off-label in the bodybuilding world for gynecomastia. Cos essentially nostalgia in women is hormone-related it’s kind of exacerbated or equal to the analog of gynecomastia for men. It’s also used off-label for infertility for women and ovulation cycle issues.

Use of Tamoxifen in Bodybuilding and with Steroids

How Tamoxifen is used by bodybuilders and classically with anabolic steroid using men? It’s used for gynecomastia. It’s used on cycle and it’s used differently much differently than Aromatase Inhibitors because it’s blocking the receptor cell site. It’s not blocking systemically the conversion, aromatization of antigens to estrogens. So it’s used and does work. Men use this for years when they are using other types of drugs estrogenic, non-estrogenic steroids they’ll use Tamoxifen for symptoms of gynecomastia not to mention physical, lumps which I think is too aggressive and we’ll see why. So it is sustainable but the problem becomes that the untoward side-effects and the use of all the other polypharmacy, you don’t see bodybuilders and men using this in the steroid community for too long. They just don’t stay on Tamoxifen very much too long unlike Aromatase Inhibitors.

Tamoxifen also is classically used in the underground, anecdotally, the most classic is Post Cycle Therapy. This is the classic use with the dual SERMs which is used with Clomiphene and Tamoxifen and Gonadotropin (HCG).

The classic scheme of this antiestrogen is the longest-used. You’ll see Clomiphene is on board, you’ll see HCG is on board but it’s classic that those are used initially to jumpstart and to bring back that hypothalamus-pituitary-gonad access failure. Really heating the testicles and tickling the brain to increase the endogenous FSH and LH and to bring back testicles this is used. Now over time, there’s a step-down approach and it’s been classically thought that Tamoxifen stays on board longer up to 45 days because it’s a softer agent versus Clomiphene.

Side Effects of Tamoxifen