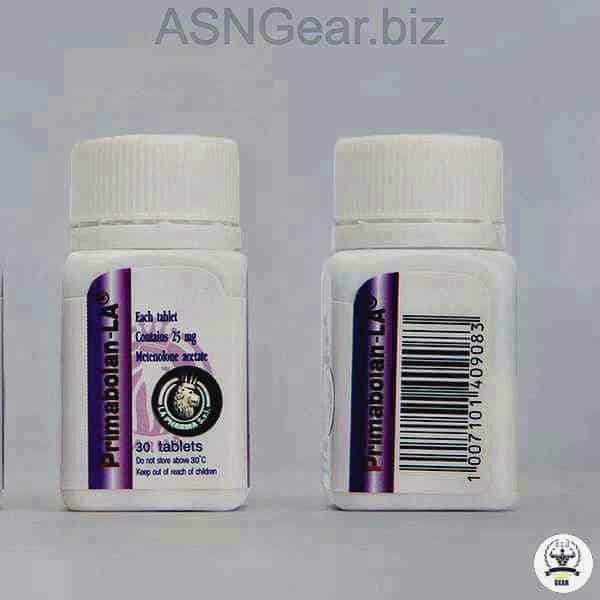 Primobolan was invented 50 – 60 years ago and it was made for humans. So it’s actually made for people to use. It’s not like one of these chemicals that are not for human use type thing. So it’s made for humans muscle wasting diseases even given to children or anyone malnutrition, osteoporosis, different things like that. This is a legit supplement that was made for people like you and me to use. Primobolan comes in tablet form and also comes in injectable form. The injectable form is the one that makes more sense to use. And I’ll get into reasons for it later.

Primobolan is banned in sports because of course it’s a steroid and it provides performance enhancement so you take Methenolone and you gonna be a better athlete so it will give you an unfair advantage over other people. So don’t use this stuff and cheat and try to win at some sport.

It is suppressive but it is mildly suppressive. It is the least suppressive steroid that I could think of that you would inject. In terms of lowering your natural production of testosterone oral methenolone will do it to the least of any steroids. In another word, it’s the safest steroid you can take to not shut you down permanently. However, it is suppressive. You should still have a PCT plan in place if you go on a long cycle especially in higher doses. So if you using it to any extent you know you need a PCT.

I wouldn’t worry about it. Primobolan tablets are not really hepatotoxic. If I was doing crazy high amounts of oral I would worry but it would have to be like super high amounts. Kidneys are very low. If you’re gonna get in trouble with your kidneys from using this, you’re gonna get in trouble using any steroids. So this is going to be one of the lowest possible, the least unhealthy steroid I can think of. If there is a steroid that’s the one to take this is basically it. I mean it’s the least dangerous of all of them.

Unfortunately all steroids even the safer, healthier one is going to crew up your cholesterol. What I mean by screw it up is the HDL which is the good cholesterol that you want, you want a lot of it, gonna go down. The bad cholesterol that you want out of your body it’s gonna go up. What that does, is it changes you’re supposed to have like a certain amount of good and a certain amount of bad. Now, if you have less good and more bad the ratio is too close you want it to have bigger like you just don’t want to screw up the ratio of HDL and LDL. In general avoid eating a lot of saturated fats, avoid eating too much sugar and crap. Try to get some cardio, some exercise.

If you are taking steroids at least be healthy and fit. Know that obviously it’s not good for you, it’s not healthy, you shouldn’t take steroids unless a doctor prescribes it for HRT. But if you are doing it in any way do the best you can to avoid the shit that comes from it. You don’t want to be one of these guys with high blood pressure, moon face, acne everywhere, gyno surgeries needed, unhealthy you get a heart attack and you are dead. No! do the healthiest you can do and avoid the high doses.

Primobolan is really good for quality gains. It’s not good for a lot of gains. So don’t expect to get like huge overnight from this. Expect to get small, steady, consistent gains of actual muscle.

It’s maybe half as androgenic as is testosterone. So that’s low but it’s still high. If you’re a girl and you take Methenolone oral especially in any kind of a moderate to high dose, you will get virilization. That means you will have to shave, get a deep voice, have a big clit, acne, all these side effects with the oily skin. Expect shit to come from it if you do it at a high dose. If you do it at a low dose, you probably won’t get it. Nut guess what. 90% of you are using it too much. It’s just the way it goes. Any girl that’s doing Primobolan they’re usually at the point where they’ve already done Anavar, they’ve already done Sarms and they just want like mega gains and they’re just going for broke and so there are already gonna do the high doses. Women aren’t usually injecting steroids as a first cycle they’re usually taking baby doses of other things, like safer things while you hope there. Anyway, expect problems if your girl is using Primobolan. It’s not the safest drug in the world in terms of getting side effects for females. If you want to stay feminine it’s probably not gonna be the thing to do and if you do take it, be very careful and take low doses.

It’s not that anabolic. I’ve already said it’s not gonna put on a Mega amount of muscles so think of it as maybe half as much as a test. Don’t expect a ton of muscle. How much muscle to expect? Maybe five pounds of muscle on a cycle. So not 15 pounds, not like nothing crazy. But that’s five pounds that you never had. That five pounds probably would have taken you one or two years to put on naturally. Clearly a huge advantage. Although it’s mild and you’re not gonna notice like wow, holy crap, what’s going on. It’s still gonna be there. The results gonna come.

Getting into the dosages. Oral Methenolone for women 10 – 20mg is what I would suggest to a woman to take. Although some people will recommend a lot more. There is a warning for you girls. If you take Primobolan you should probably listen to the second opinion or do some research on your own to find out if that dosage making even any sense. For men 50 – 150mg, a day is like a dose. Cos this steroid is so weak and you need so much of it. It’s mild so you can handle 100 mg, even 200 mg you can take. But who the heck will spend that much money? Methenolone costs so much in oral form. For women, it’s more preferable to use oral methenolone but for men, more will suit its injectable form. For Primobolan injectable, a normal range of 700 mg wouldn’t even be that high.

Primo is great for pre-contest. It’s a great cutting steroid. It’s not gonna put on a lot of mass for bulking but if you are a smart guy, you need to have a long-term idea of bodybuilding. It’s good terms if you can take it for a long time. So the cycle could last 16 – 20 weeks. And you just get slow steady gains. You are not gonna bulk up like crazy but you get a slow consistent capable type of gains. So Primobolan is one of my favorite steroids for sure. It’s awesome in terms of safety, how long you can use it, the side effects and everything, and just the overall look of your body from it.

As far as steroid goes this is the one to take for safety and whatnot.

For the oral methenolone, it’s a short half-life through your talking hours so you need to dose it more than once a day. So don’t just take it once every morning and go. You should take it two or three times a day. When in doubt spread it out. Rather than take it once a day takes it two or three times a day that way. Your blood levels would be more stable. So think of it as your dose, your blood levels will shoot up but if you dose small it won’t shoot up as much and then it’ll go down a little bit and you shoot it again. If you just do it once a day, you get that crash and burn and so the side effects happen when you get into those peaks. And you will get much better results.

Basically, Primobolan binds to receptor sites and testosterone and it makes things not usable. So if you use testosterone like you inject a thousand milligrams, it’s in your body. It doesn’t work if it’s bound up. It has to be allowed to be free and to be used by the body. So think of the more free testosterone you have, the better. So injecting a thousand milligrams of testosterone and having super high test levels isn’t gonna be good if that test is flying around, doesn’t work. So Methenolone makes more of this testosterone which flying around work. So Primobolan will help the testosterone you are taking to work better. Stacking things together makes things work together in unison kind of like caffeine and ephedrine helps to burn fat more than just them on their own. It’s good to stack these things together. If you are doing Primo for a cycle you do or should have testosterone as a base because it is gonna be suppressive it’s gonna shut your tests down a little bit. If you are on the high doses it’s gonna shut it down even more. So just think of that unless you are a woman then you don’t need to.

It’s honestly as safe as it can get for steroids. Not steroids are safe but Methenolone is safe for steroids. So it’s the safest one.

Most of Primobolan is fake. If you’re thinking you’re getting Primo and you’re not everything I just said about safe goes out the window. If the primo, which you take, is actually testosterone well you’re not getting Methenolone, so the side effects could be all through the roof of the test that you’re using. So that’s the main problem the faking of it. And why would it be fake? Well, it’s so expensive. It’s crazy expensive. Oral Methenolone costs a lot. That’s the downside, that’s why it’s not so popular. It’s so hard to get in terms of is it real or not and it’s expensive so it’s cost a lot. If you have money this is what you want to use.

I’m not trying to promote people to take steroids but I know that people are. And so it’s better to tell what to take if you’re already doing it than just to be naïve.

What could you expect in results?

You should expect to look lean, hard, vascular and this is if you already are lean and somewhat hard and somewhat vascular already. If you are a fat ass and you take Primobolan you will continue to look like a fat ass.

Steroids make you look a lot better but you need to already be lean. You can’t be fat and expect to look good. It’s not gonna make you shredded. It’s not a fat burner. So know that it’s not gonna be crazy but it’s still good, it’s a quality supplement.

Primobolan will increase your endurance and will make you look more athletic. Will be able to do a workout for two hours instead of an hour. You’re just gonna recover more and be better able to do it.

And if you’ve never used steroids before don’t just use Primobolan tablets. The first time you take a steroid it should be testosterone because that’s what your body is already making and then Primo would be like the add-on.