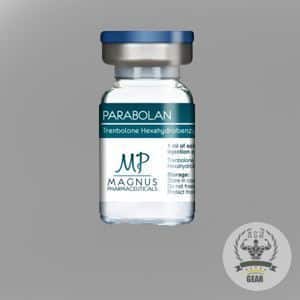 Parabolan (trenbolone hexahydrobenzyl carbonate) is a strong anabolic androgenic steroid, without estrogenic side effects. The pharmacological properties are similar to trenbolone enanthate. It is a long action ester – up to twelve days.

Hexa gained its popularity mainly because it is not able to aromatize into estrogen under the aromatase influence. The drug was created back in 1967. Nigma company from France became the first in the production of tren Hexa. The only form of trenbolone that was used in medicine was Parabolan. The steroid was officially released until the end of the 1990s.

According to the athletes’ feedback, Trenbolone hexahydrobenzyl carbonate has a stronger increase in strength than its brother’s Acetate and Enanthate esters. Perhaps this is due to its long half-life.

In medicine, Parabolan has been used in treating muscular dystrophy and osteoporosis. Parabolan is able to show low activity in the prostate and skin of the body. It means that when using the steroid in recommended doses, you are almost a hundred percent safe from baldness, acne, and prostate hypertrophy.

Since Parabolan has progestogen properties, in some cases, the libido might decrease on the cycle. However many athletes often talk about spontaneous erections. Since Parabolan androgenic activity is five times higher than male hormone testosterone, the steroid is able more strongly affected by this type of receptor.

With anabolic properties, the situation is the same. As a result, in the body, the protein synthesis speed compounds reach their maximum values, and the fat accumulation processes slow down. In addition, one more important feature of Parabolan steroid is its ability to increase the synthesis of IGF. As you probably know, most of the effects of growth hormones depend on the concentration of the insulin growth factor. 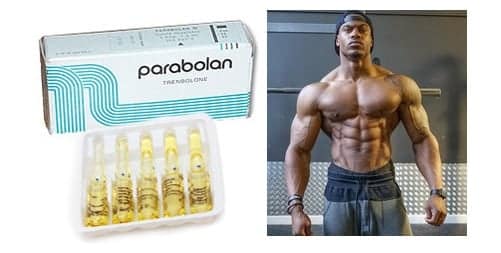 In the ability to increase strength, Parabolan is one of the most powerful steroids.

Since Parabolan has powerful androgenic properties, female athletes should never use it. Men’s dosage is 200 mg – 400 mg weekly. To make the hormonal background stable on the cycle, we recommend making two injections per week. The duration of the Parabolan Cycle should not exceed two months. Using Parabolan in the recommended above dosage, you will get excellent results and will not suffer from side effects.

The lack of estrogenic activity made trenbolone one of the best steroids among others. The high androgenic activity allows quickly and effectively to get rid of fat, and anabolic properties enhance fast muscle mass gain. Parabolan will be equally effective during the bulking and cutting cycles. In combination with different anabolic can lead to the best results.

The duration of the cycle is a maximum of eight weeks.

This steroid mix will perfectly suit those who do not like frequent injections and like to feel comfortable during the cycle. For the mentioned period you can gain up to 8 kg. And the growth of strength indicators will be increased by 15-30% of your maximum. Although in our personal records, the athlete gained 9.5 kg of muscle mass and increased his strength by 35%. Decent result!

For eight weeks, you will need to use the following steroids: 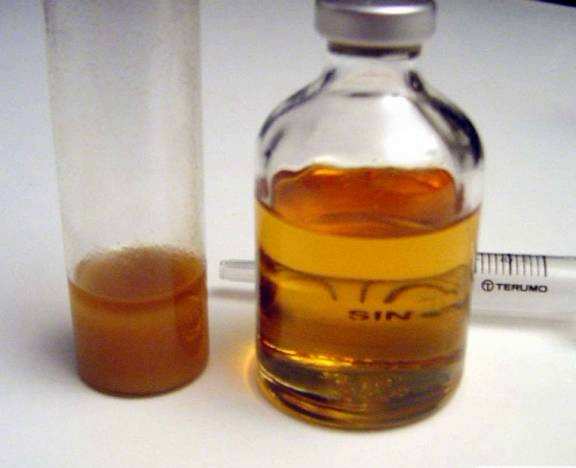 Anabolic has not only a powerful anabolic effect on the body but also androgenic.

Parabolan is not able to convert to estrogen, which excludes this type of activity. However, the drug molecule is similar to progesterone receptors, and it’s necessary to use Dostinex during the cycle. Progestin has the ability to activate the accumulation of adipose tissue in the chest area, which can lead to gynecomastia.

You should always remember this because the lack of estrogenic activity and the presence of progestin does not guarantee the absence of the signs of this disease. Moreover, if the Parabolan cycle includes a combination of anabolic steroids with estrogenic activity, then increases the risk of gynecomastia. To avoid this problem, it is necessary to use antiestrogens in addition to Dostinex. Since the drug is not able to interact with 5alpha-reductase, the androgenic properties of the drug cannot be removed with such medicine as finasteride.

The low performance of erectile function on the course is extremely rare because at that time the concentration of androgens is very high. However, this side effect may occur after the Parabolan cycle, when the hormonal background is unbalanced. To avoid this side effect, you should start using gonadotropin in the second week of the cycle. On PCT you can use Clomid or toremifene. Another possible side effect when using an anabolic is the so-called “trenbolone cough.” You can read about how to avoid it in our blog.

More about trenbolone you can read here.