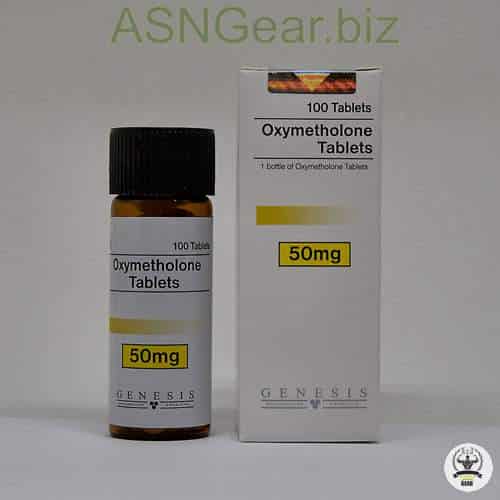 Oxymetholone is known under the trade names as Anadrol, Oxydex, Anapolon. It belongs to the group of the strongest androgenic and anabolic steroids. Anabolic is used to gain muscle mass, increase strength, stimulate joint mobility.

Oxymetholone (Anadrol) is a synthetic androgenic-anabolic steroid, the effectiveness of which is many times higher than testosterone in terms of muscle volume.

When taking Oxymetholone might happen water retention, the appearance of acne, and an increase in blood pressure.

How to take Anadrol: dosage, combinations and PCT

Theoretically, oxymetholone (Anadrol) can be taken by male and female athletes, but women rarely do so because of the high risk of masculinization (a process in which male sex hormones accumulate, which is manifested in the development of male secondary sexual characteristics).

If a female athlete still decides to take such steroids, then the dosage should not exceed 50 mg per day.

Men are advised to take a steroid if they have reached the age of 21 and are planning to gain an impressive muscle mass.

The duration of the oxymetholone cycle is 4-6 weeks. It is not recommended to exceed it, as toxicity to the liver increases. The most results from taking Oxymetholone (Anadrol) you can see during the first three weeks.

The instructions for use indicate that athletes can take from 50 to 200 mg per day, but the most tolerated daily dose is 100 mg.

For beginners, the dosage is 50 mg.

The studies showed that men who took 50 mg of the drug per day gained about 3 kg per cycle, while they did not do sports and did not take additional protein.

To achieve significant weight gain, Oxymetholone is combined with other AAS. For muscle mass cycles Boldenone or Trenbolone are preferred.

To increase strength, Anadrol is taken in combination with testosterone esters.

After Oxymetholone cycle, PCT is required. To restore the production of your own testosterone it’s better to use testosterone boosters and estrogen blockers like Clomiphene Citrate. On PCT Tamoxifen should not be used. It stimulates progestin receptors.

Side Effects of Anadrol (Oxymetholone):

Oxymetholone causes the following side effects:

Side effects usually disappear after the steroid cycle.

It is necessary to follow the right dosage. This will help to avoid most of them.

Oxymetholone is a powerful androgenic and anabolic steroid with visible effects. It allows you to gain up to 10-15 kg of weight in one course.

It stimulates the growth of muscle mass and increases strength performance, and also improves the condition of joints and ligaments.

Only men are recommended to use it. Women refuse because of the high risk of masculinization.

Oxymetholone (Anadrol) can be mixed with other AAS.

Anabolic causes side effects that disappear after the cycle.

Most athletes who took Anadrol noted a significant effect: fast muscle mass growth and an increase in strength. Bodybuilders also noted that when they are using a steroid, pain in the joints decreases, they become more mobile and less injured.

Athletes complained that the tablets strongly retain water, and this is accompanied by the formation of edema. Other common side effects include acne and mild nausea.

Most men who took Oxymetholone noted that the steroid did not affect the liver.

More info about this steroid you will find here.