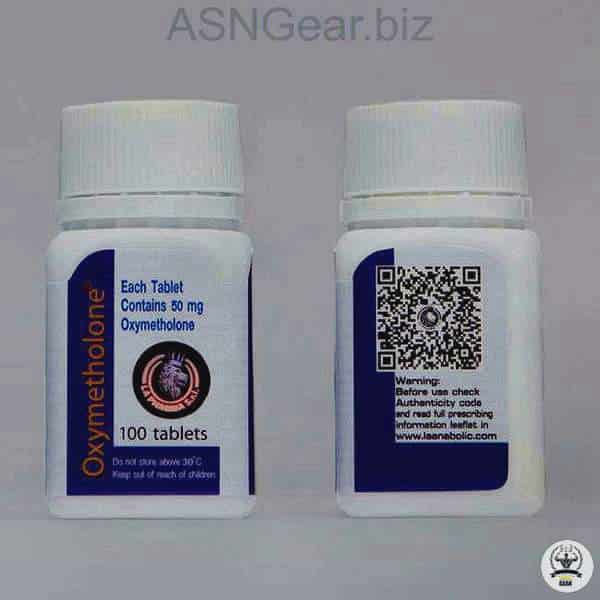 Estrogenic side effects of Anadrol 50

Oxymetholone 50 actually doesn’t convert to estrogen-like the way testosterone would convert to estrogen. But you are gonna get problems with Anadrol in higher doses like gyno, water retention all those things. There should be taken some steps to fight this. Unfortunately, you can’t take something that you would normally take like with test. So you can’t use aromatase inhibitors like Arimidex, Aromasin, Femara. What you will need is a Serm (Selective Estrogen Receptor Modulator) and it’s gonna be Nolvadex or Proviron. I would suggest Nolva. Not that I’m saying to take it but if you were to do it type of thing that’s what I would be doing.

You need to watch the sides on Oxymetholone 50mg because they are extreme. Huge weight gain, huge water blow, huge everything. It’s a very strong, potent oral steroid.

Androgenic side effects of Anadrol

Unfortunately, there are androgenic side effects that limit this to I would say men only. If you are a woman taking Oxymetholone, it’s gonna slowly turn you into a man. You’re gonna get a lot of side effects typically women don’t like being puffy, bloated, messes. And there are so many better options than this. So if you taking Oxymetholone I just don’t know why you won’t take something else.

Oxymetholone is very anabolic ml per ml it’s stronger than testosterone. Hence why a lower dose is still gonna get you a lot of results and pack on a lot of beef while that beef will be water. If you have a gene or you’re predisposed to male pattern baldness so this is one of the steroids to stay away from it. If you really care that much about your hair just don’t take steroids.

Oxymetholone is extremely suppressive. If you take Anadrol your testosterone production will plummet and you will have hardly any testosterone produced by your body. That’s why you should stack Oxymetholone with testosterone. I wouldn’t take Anadrol solo. If you are taking Anadrol as a solo cycle there are so many better options. To me, it means that you don’t have a clue what you’re doing. That seems ridiculous. Just don’t take it as a solo cycle.

Yes, Oxymetholone is hepatoxic. It’s definitely gonna screw up your liver enzymes. Anadrol is not something you can run year-round. Anadrol is very harsh. It’s gonna increase SL, ST. You don’t want to run it for a long period of time. And if you get your bloodwork done. And your bloodwork shows that you are super elevated just don’t take it again or at least take a smaller dose. Just be safe about it.

Your cholesterol gonna be screwed up. So HDL (good cholesterol) is the one which you want, you’re gonna have less of it. And LDL (bad cholesterol) you gonna have more of it. So your ratio of the good to bad cholesterol gonna be screwed up even more. Don’t take Anadrol 50 for too long time and if you do get your blood work done. You can look and see how much of an effect that it has on your cholesterol. And if it’s really high just don’t take it anymore or lower the dose and take it for a smaller period of time. That way you’re not doing too much damage but it’s not something to play with. Oxymetholone is very strong. It will absolutely increase blood pressure.

In general, all steroids can potentially have an effect on your kidneys in particular if it raises your blood pressure because the higher it is more harmful it will be for kidneys.

What goals the person would have to use Oxymetholone?

In general, anyone that wants to get huge and just be big and strong. If you want to look like a strong man competitor those that’s the most typical. Powerlifters if they don’t have a weight class to make. Cos I mean if you have to make weight, you probably don’t want to gain too much. It’s gonna put on a lot of strength so you’re gonna be super strong. Or like offseason bodybuilder that’s trying to pack on some size too. So those are generally the people who would use it.

The dosages of Oxymetholone 50

The half-life of Oxymetholone is about 9 hours. That means you should dose it more than once a day because the half-life is short so 9 hours after you take it it’s half gone. So if you take 50 mg nine hours later there’s only 25 left which means that 18 hours later there’s only 12.5 mg left. That is not stable. So to make your hormonal background stable you have to take it twice a day. That really would help a lot. Three times a day is even better. When in doubt spread it out. The more often you take it the more steady it’s gonna be in your body. So if you are taking 75 mg, you can take 25 mg 3 times per day.

What positive results to expect when taking Anadrol?

I mean it can’t be all bad. So positive results are super jacked and super strong. Also, big huge pumps so you are gonna look full and huge as well as a dramatic increase in red blood cell count. It leads to an increase in endurance and vascularity from the actual blood volume being so high however the water retention is probably gonna cover a lot of that. You won’t gonna have that cool veiny look because you’re gonna be so bloated.

Negative results are mostly based on personal experience. Back pumps work crazy the same as with Dbol. The worst one is extreme acid reflux. Also diarrhea, gyno, moon face.

I would say not that much because it’s really quite cheap. There is not really a whole big point in faking something that doesn’t cost that much in the first place. I mean I’m sure it’s counterfeited sometimes but it’s not a huge concern that everything is fake and Anadrol 50mg is fake, no. It’s not fake if it’s from a decent source. So do not much worry about that much. And compared to other steroids the most common obvious choice is Dbol. Dianabol would be on mg per mg stronger. I would never take 100mg of Dbol but I did take 100 mg of Anadrol. Most people taking Anadrol are probably gonna be taking 50mg. That’s like a super common dose but a lot of people could take Dbol at less than 50mg and be more than happy.

More info about this steroid you can find here.