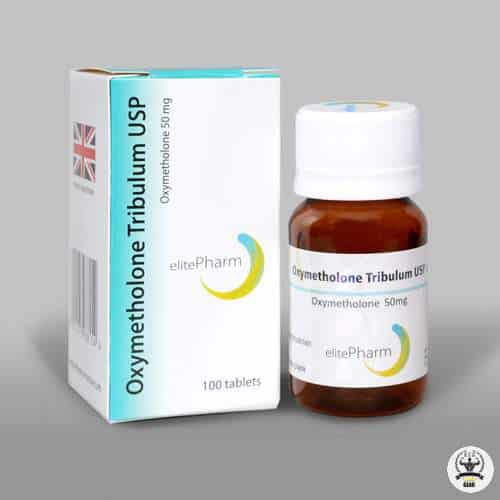 Oxymetholone is known as A-Bomb and I will tell you why. Anadrol 50 is without a doubt is the most powerful oral steroid known to the planet. It is used only on a bulking cycle it’s not a cutting steroid and it’s essentially used only for men although women I’m sure to have tried it. Oxymetholone 50 is known in the underground for its kickstart abilities where you kickstart a steroid cycle because the long-acting ester will take time to kick in. This will kick in quickly to get mass building. Anadrol is also known as a mid-cycle plateau buster. So this is a short and sweet drug. Why? It’s very toxic.

The Medical Uses for Oxymetholone

It was focused down on severe anemia even specify the type of anemia is for severe bone marrow damage, secondary to toxic chemotherapeutic regimens for cancer. Anadrol 50 can increase erythropoietin levels up to 5 times. All anabolic steroids do this but this drug is severely strong. It’s increasing the red cells. So as people are going through cancer they’re suffering. The chemotherapy is destroying cancer in the body and it, unfortunately, takes people down. They go bold, they get anemic, it hits the bone marrow, they feel exhausted, malaise, and fatigue. If the medicine can help someone, get through these pieces as we kill cancer then we relieve the medicines and the person comes back and they’re cured. This is the plan. So Oxymetholone can help someone to ride through and feel better, not to mention have more red blood cells if they’re severely toxic because their bone marrow is damaged. So that’s why it was used. And it worked actually very well, although there are significant side effects mainly GI in the liver.

Also medical uses with the manufacturing history changes. It was for AIDs wasting and it was very interesting to see that it worked so well and there was a controversy of why it wasn’t continued. During this time period, the Human Growth Hormone came up for AIDs wasting and lighter steroids like Anavar and Testosterone. And also came EPO (Epogen) came out and that’s for severe anemia. So you see that there was no need for Anadrol anymore and again very toxic.

Chemical Structure of this Incredible Drug

Oxymetholone is a DHT derive agent like Anavar. There are two modifications that make this drug DHT so special that makes it is Oxymetholone. There is a 17 alpha-alkylated methyl group this added to this molecule of DHT and that makes it so it can bypass the liver, keep circulating of course that it’s liver toxic. This is an oral agent and therefore it has this classic 17 alpha-alkylation to it. Number two which makes oxymetholone its unique properties this is the real position this is a real addition chemically the addition of two hydroxy methylene groups.

What is does to this compound? It makes it so anabolic. Why? It inhibits the inherent metabolism by an enzyme only in skeletal muscle called three alpha hydroxysteroid dehydrogenase. This is inherently in the muscle and it inherently will break down compounds including testosterone. This medicine when it’s has this functional group on it that is unique, called Anadrol 50 has an amazing ability to sit in the muscle and just be super anabolic. As a matter of fact, it’s three times more anabolic than testosterone.

Oxymetholone is a short-acting drug. The half-life is less than 16 hours and again that’s why it’s for a quick start.

Anadrol 50 is a highly estrogenic steroid but it’s not aromatized. It doesn’t go through Aromatization. It’s already DHT-derived. It can’t go undergo aromatization. So that’s one piece why is it so estrogenic. It’s thought to be a progestin but then there is controversy on that. It’s probably not a progestin. Oxymetholone directly stimulates estrogen receptors. The molecule itself the receptor. Where? The mammillary gland so can lead to gynecomastia. Not to mention it’s also being used with other estrogenic steroids like testosterone. So the milieu itself causing more estrogenic-like effects but the molecule itself may not be estrogenic in terms of aromatizing. Amazing!

Why does it cost so much bloat and water? Again it is estrogenic inherently. It stimulates the receptors in the kidney to uptake and holds on to the water, shifts the water internally and that’s why you get all the water retention. There’s no question, it’s estrogenic, very unique.

Anadrol itself is not very androgenic, maybe half of the testosterone. What happens? It’s already DHT derived with the addition of the two hydroxy methylene groups. These chemical properties are always changing, there’s always a milieu, there’s always chemical changes going on. This structure is reduced and cleaved by a very potent enzyme and it ends up converting into 17 alpha-methyl DHD. That’s called Mestanolone. That by-product is very androgenic. So that’s why it’s an androgenic steroid itself in the end and then you will see male pattern balding, acne, and mood changes and you will see anabolic steroid induce hypogonadism with this medicine of course in addition to other steroids because men never use things alone, they are always using them with a bunch of other steroids so you’ll see a strong withdrawal period. It’s a very strong drug.