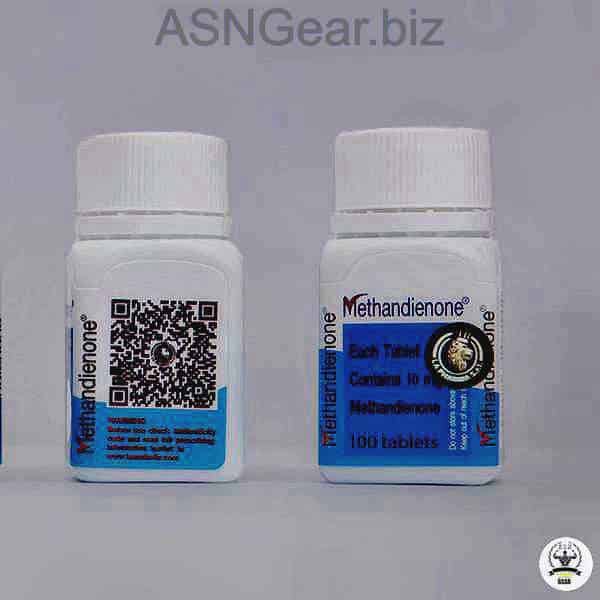 Methandienone LA Pharma is a 17-alkyl carbon intended for oral use in tablet form. The steroid is not metabolized in the liver and reaches the bloodstream. Its effectiveness is due to this fact.

Dianabol was created as a medicine for faster recovery after burns, elimination of disturbances in protein metabolism and increased muscle tone in bedridden patients. But in fact, he immediately became part of athletes’ diet.

These are average indicators. The result depends on athletes’ genetics, current physical indicators, diet, and workout. But the effect is short-lived, and part of the gained muscles is achieved by retaining water in the tissues and will go after the cycle. Therefore, Dianabol is often combined with other steroids.

Increased levels of free testosterone. Testosterone is the main male hormone responsible for important things for men as muscle strength and volume, libido, physical strength, endurance, and quick recovery from exercise. That’s why an increased level of testosterone in the blood accelerates muscle building in athletes.

Increased protein synthesis. During an extreme workout, the body is stressed and if systematically repeated, may not have enough time to replace damaged cells with new ones. By stimulating protein synthesis, the steroid supports a rapid increase in muscle mass.

Increases protein availability from food. By establishing a positive nitrogen balance, Methandienone helps the body to absorb the maximum amount of protein from food, which means it can get more building blocks and more efficiently increase muscle mass.

Dianabol also has another ability – to increase the density of the tubular bones. That is one of the reasons why weightlifters and powerlifters love methandienone so much.

Dianabol will suit and beginners and experienced athletes. Methandienone LA Pharma is used both in solo and in various mix cycles

Aromatase inhibitors are used during the course (Aromasin – 10 mg every other day).

Advanced La Pharma Cycle with Dianabol for mass and explosivity

The course lasts 8 weeks. Starting from the third week (inclusive), you need to add Anastrozole (0.5 mg every other day).

Should female athletes use Methandienone 10mg?

Methandienone from LA Pharma is not recommended for female athletes use. Often there are a lot of side effects as:

In some cases, the changes may be irreversible

You should consider that man who uses methandienone is also not protected from side effects. Especially if you take a high dosage. The full list of side effects looks like this:

As you can see, the list is quite long. That’s why first you need to pass the test for male sex hormones and liver enzymes.

All athletes who took methandienone 10mg noted its high activity performance. It works for everyone and gives visible results in the first weeks of the course.

It is a widely available anabolic steroid. Besides, it is also very popular and cheap. This leads to the fact that a quality product enters the market. That’s why there are only very few complaints about quality.

Should you use methandienone la pharma or not?

Methandrostenolone is a steroid that can give a quick result. However, the wrong dosage, as well as a bad diet and wrong workout will only lead to problems. The achieved results are temporary. However, for a professional athlete or a performing bodybuilder, this is not an issue, because the lifestyle is built to constantly keep the body in good shape.