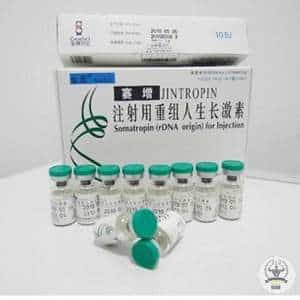 Jintropin HGH 100iu and Its Benefits

Jintropin is a brand name for somatropin, a hormone that promotes growth in children and adults with growth hormone deficiency. It is also used by athletes to aid in recovery from intense workouts.

Jintropin is a well-known HGH brand worldwide, particularly popular in the Asian market where it holds 80% of the market share in hospitals and pharmacies. It has been ranked among the top five finest AA 191 Somatropin in the world. GenSci currently manufactures the sixth generation of Jintropin. One advantage of Jintropin aa 191 Somatropin is that it can be stored at room temperature for up to two years if not mixed with bacteriostatic water. Still, it must be kept in the refrigerator once mixed.

Lei Jin is the founder of Jintropin. He was born in Shanghai, China in 1949 and received a degree in biochemistry from Shanghai Medical University before earning his Ph.D. at the University of California, Berkeley. He then returned to China to work as a professor at the Shanghai Institute of Biological Products. Jin spent 20 years at Lilly pharmaceuticals researching and testing HGH and was one of the first to isolate somatropin, a protein that promotes growth in humans and animals.

GenSci Pharmaceuticals gained a monopoly in the Asian market due to Jin’s efforts and expertise. GenSci’s HGH is an authentic HGH product containing 191 amino acids and is so similar to natural aa 191 Somatropin that the human body does not produce an anti-agent even after years of continuous use of Jintropin HGH.

How to Use Jintropin HGH 100iu for Best Results

Jintropin 10iu helps with faster recovery and enables more frequent workouts, leading to both muscle growth and fat burning without negative side effects. The recommended daily dosage of Jintropin ranges from 5iu to 15iu, with higher doses of over 16iu requiring insulin for injection.

The injection site is typically the lower abdomen, where most body fat is stored. Jintropin can also be injected into the shoulder and triceps. It should be administered on an empty stomach at least 30 minutes before breakfast, and the recommended daily dosage should be divided into two injections, one in the morning and one in the afternoon. It is best to avoid eating for at least one hour before and one and a half hours after the second injection, as HGH and insulin compete with each other.

To achieve the best results with Jintropin HGH 100iu, it is recommended to use it in conjunction with an exercise and diet regimen.

Common side effects of Somatropin HGH 100iu include:

You can buy Jintropin HGH online and receive further consultation and cycle advice. Our prices are among the most competitive on the market, and you can buy Jintropin HGH 100iu without a prescription with fast delivery. We have direct connections with Chinese pharmacies and can guarantee that you will receive only genuine products when purchasing from us.

More info about HGH you can read here.