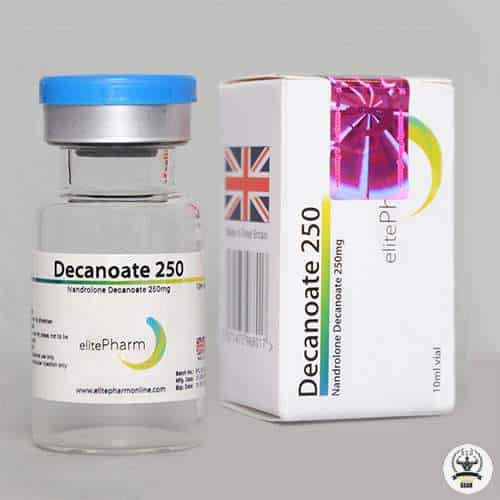 Today’s profile is Nandrolone Decanoate or Deca. It is a part of Nor 19 steroids. Also part of these families is Trenbolone. Deca has an anabolic to androgenic ratio of 125 to 37. Half-life is 14 days. The detection time is about 18 months. Dose wise from 150mg up to 1500mg male. And female 10mg to 15mg per week.

DHT – actual receptor is a potent endogenous ligand that gives you an erection. DHN is a lot milder. So, therefore, it suppresses DHT from the receptor which prevents it from gaining an erection. So in most cases even as little as 25 mg of Proviron will provide enough DHT to get rid of “Deca-Dick”. Most people use it as base testosterone. And this can be as low as 100 – 200 mg per week. There is a common trend more recently for low testosterone and high Deca.

Now from point of view of androgenic side effects, Deca is quite low. It’s the only ratio of 37 % so androgenic sides are low. Also, each of the conversions is low. It converts at a rate of about 20 % of testosterone. However, it does have a direct action on the progesterone receptors. So it can cause issues.

You can run something anti-prolactin lines. But I believe Nolvadex to some degree will block the progesterone receptor. So it’s not a bad idea to use 20 mg of Nolvadex when you are running Deca. Now the other thing is Cabergoline. This is very often used for high prolactin levels. And it will help with these side effects as well.

There are some studies. Nandrolones stimulate dopamine D1 receptors. This can result in a low mood upon roll the drug. Affectively a come down a mild depression. I have actually seen the individuals who have had depression issues taken nandrolones. And those depression issues have gone very, very quickly. There is also some evidence that Nandrolone can affect cognitive functions and short-term memory recall. Mostly it’s related to the long-term use of Nandrolone. So bear these things in mind. I’m currently looking at 3 case studies of people with Nor 19 who have had very psychological effects. There is some sign of mild brain damage as well. But again this is animal studies and it’s really difficult to associate with. What we can say at the moment is that not so much Deca but probably more Trenbolone definitely Nandrolones need a little bit more respect than we probably gave him in the past. Because of the low androgenic ratio with anabolic regard as being quite mild.

Obviously, we gonna look at the cholesterol as well. Like all steroids, it will affect. Deca at the dosage of 600 mg can have a chance to reduce good cholesterol by 26%. So this still you know has an effect on lipids and that needs to be some concern. That is why it’s probably more advisable to run Nolvadex than to run any other form of estrogen management when you are using Nandrolones.

It does boost your immune system. So it does have benefits in that. And can improve you that way. I think that’s pretty much about it. More about Deca please read here.

Be the first to review “Decanoate 250 ElitePharm 10ml” Cancel reply