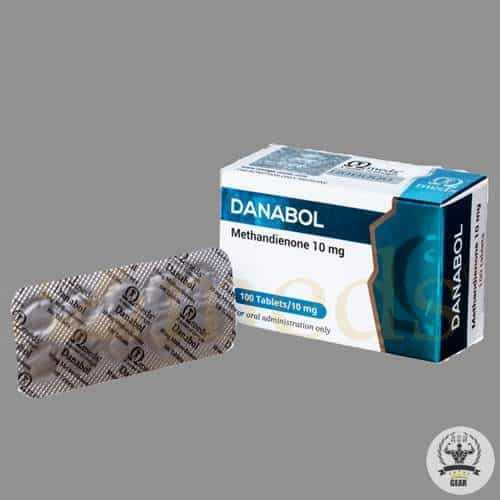 Danabol or Dbol is also known as Dianabol which is one of the most if not the most popular, well-known steroids in the world. Before we are getting to that I want to point out that I’m not suggesting that you should take Dbol. In fact, don’t take Danabol, don’t take steroids only do what your doctors tell you to do. All written above will be only for educational purposes and for your info.

Dbol is around since the 1960s. It was used in the Olympics, used by athletes, and mainly just to increase performance and to win Olympic medals. It’s currently banned however so you cannot use it in drug-tested sport. Getting to the estrogenic side effects. This in particular is a very estrogenic type of steroid meaning. Gyno, moon face, water retention, sloppy, basically kind of puffy looking muscle it’s one of those. It’s clearly a bulking type steroid. Even know technically you can cut on it but you just put a lot of water. You can take Danabol, diet, lose all kinds of fat but you will still look watery.

This is what cos like virilization in women. It is way too androgenic for women to use. If you are a woman and you use this it means that you wanna turn to a man. If that’s your prerogative then go for it. Even at 5 mg a day you are slowly turning yourself into a man. I won’t do it. If you want to look like a girl there are dozens of better options to take. Danabol is not an option for women. The anabolic effects are great stronger than testosterone on an mg per mg basis so you don’t need high doses of these to get really good results. Very good on packing on. A serious amount of muscle, 10 – 15 lb of muscles in a couple of months. Obviously, some of them are water but you will definitely beef up.

Dbol is very suppressive. So you can’t take Dbol and not use PCT. You need a PCT unless if you are happy having a miserable life, losing all your gains, having no sex drive, and having crushed testosterone levels. So for this reason you really should stack with testosterone as a base. It shouldn’t be a Dbol only cycle. After a time it is usually abused by younger guys which shouldn’t be on steroids that should be natural anyway. They don’t know how to train yet. They often get into this. Because it’s so easy to get, it’s so cheap so it’s affordable.

Danabol is very hepatotoxic. It’s not an oral steroid that you can use for a long period of time. So if you do dosing in really low like the bottom line you can probably go for 7 months but no one’s really doing that. So the typical dose you should only do 6 to 8 weeks or 4 weeks if you use really high doses. So you can’t just plan to use it your whole cycle. Like I’m gonna use test and Danabol for 12 weeks. No, it doesn’t make sense unless the Dbol dose is super low.

It is possible to damage your kidneys with Danabol as well. So check your kidney with your blood work, your creatine levels, and so on. Just make sure you are not abusing it.

Overall it’s a pretty good feeling steroid. I obviously use it myself and if you are doing it in low doses you will feel like you are in good mood, things are good.

If you take too much you gonna start having some problems. What goals a person should have to use it?

The dosage of Danabol for men is 20 mg to 70 mg range. That would be the max. If you use more than 75 mg you are really abusing it. I would suggest you take less of it and add something else. I mean if you must go on super high doses, you are so close to winning a powerlifting competition or whatever there are a lot of things to add in which are less damaging. Just don’t go crazy. If you taking like 10mg twice a day if you first time using it will be fantastic. Before it was coming 5 mg and people didn’t take that much. So you really don’t need high doses.

Danabol has a half-life of 5 hours. That’s where you want to take it 3 times a day. But it is sometimes hard so 2 times a day at least that would be a good thing to do.

It’s not counterfeited too much because it’s so cheap. There is no point in counterfeited with something else because this is the cheapest you can get.

Stacking this drug, you will really want to use it with testosterone and I would add something that doesn’t put a lot of water weight. If you stack it with Test + Deca it will so much puffiness. I would rather use Danabol with Masteron which will not gonna cos a lot of water or Equipoise or Primobolan. Because it’s just less water retention. You want some water and to have an athletic look.

More info about this steroid you can read here.