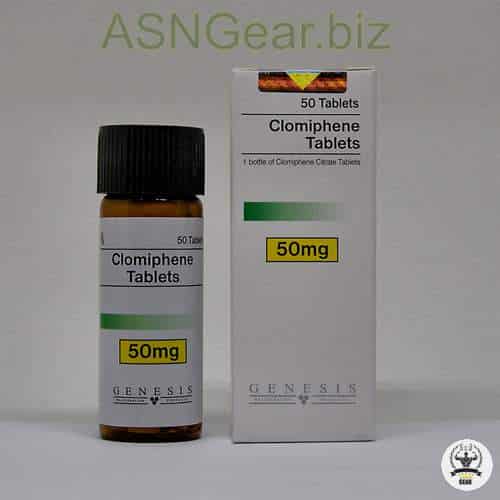 Clomiphene is a very old-fashion infertility medicine that’s been around for many decades used mainly for women. It’s also been used classically in the recreational and professional anabolic steroid bodybuilding world for PCT.

Clomid is also used for male infertility associated with anabolic steroid-induced hypogonadism and of course, it’s used as a sole agent for TRT and will talk about that.

The history of Clomid starts in 1956 with a team of scientists at Merle Chemical Company where they developed this compound. In 1961 they started to do human trials on women that had infertility secondary to problems ovulating cos Clomid increase ovulation. Several years later in the mid-60s, they realized that this would also work for male subjects. So they tested on men and they found that it increased both gonadotropins LH and FSH and let to increased sperm count.

Since the 1960s this compound is definitely the most commonly prescribed infertility medicine mainly for women but also for men.

The mechanism of action of Clomiphene

In the hypothalamus, it acts as an anti-estrogen interfering with normal estrogenic negative feedback resulting in the increased pulsatile release of gonadotropin-releasing hormone from the hypothalamus stimulating subsequently an increase in LH and FSH. From that point obviously, it’s gonna hit the gonads and have them this effect.

Clomid in Medical Use

Infertility for women. It’s interesting that male infertility has never been studied well unlike that for women. And it only works for men that have a secondary hypogonadal type. The failure for men has to occur somewhere in the hypothalamus or pituitary for this agent to work. It will not work if they have a primary failure on the testes side.

Other Medical Uses for Clomiphene Citrate.

Clomid for TRT use is very interesting in the last 10 years. Doctors use Clomid for men for low testosterone states. Men that used anabolic steroids as history have been exposed. Their central nervous system has been exposed to steroids. When they use this compound either in PCT or classically for TRT long term they feel horrible. They have poor mood response despite on paper increasing testosterone and of course sperm counts. So we have to differentiate that the man that’s used steroids in the past most commonly does poorly as a sole agent. Man, that has not had prior exposure that has low TRT from organic causes this agent can work for them.

The classic effect of Clomid in the Bodybuilding for PCT

In bodybuilding, there are so many renditions and variations of this type of classic Post Cycle Therapy. Typically there are 3 drugs:

It’s very interesting. In this type of classic PCT, you have two SERMs that are being used and again there are so many variations on this. Why?

This is the shorter and the least used of the Serms vs Tamoxifen. This Clomid is used for a short period, about 30 days. Why is it used? Why is it shorter-acting time than Tamoxifen longer acting?

It’s a stronger stimulatory agent for LH and FSH in the central nervous system. It also can lead to paradoxically increased estrogen systemic levels in the body. So Tamoxifen is probably a better agent to use long-term through and during and into the continuation period for PCT because it’s really more anti-estrogenic in the periphery for gynecomastia. There it is and it’s a softer stuck down. That’s why these two Sarms are used classically for the PCT regimen now.

The other effect and used in a modern fashion for Clomiphene

Anabolic Steroid-induced hypogonadism. Now Clomid is used by experts sometimes erroneously as a sole agent as was described prior. But it is interesting that currently, some papers are coming from some experts in America saying this is a good drug to add on to HCG. So man is using steroids comes off the withdrawal period. There are different agents he can use HCG is certainly one of them stuffing down the testosterone esters is another vehicle and at this point when he’s on HCG you can use more for fertility through small doses of Clomiphene if the HCG itself is not working over this period to rest with the man.

Side Effects of Clomid

These side effects going to be secondary to the estrogenic effects. Remember it’s an estrogen modulating agent it’s gonna block at certain sides and it’s gonna be pro stimulatory estrogenic through other parts of the body. If you will measure estradiol while taking Clomid it goes up.