Methandienone (known as Dbol) was initially used to accelerate the treatment of burns and general recovery. With time Dbol has become known in the bodybuilder’s world. What advantages make it so popular? The main goal is to increase muscle mass and strengthening.

Synonyms and derivatives of methandienone:

Many criticize the effect of Averbol but has forgotten about such fact that it has been clinically proven that with the correct intake for 1.5 months, user can gain from 8 to 10 kg of muscle mass and lose “after” – an average of 3.5 kg (rollback phenomenon). Pro users state that with the correct dosage and the right scheme of use all losses and negative effects can be minimized.

Why Averbol is advantageous to use in sport

Dbol 25 side effects can be minimized or reversed by following simple rules. Taking the recommended dosage and follow the correct instruction of intake. 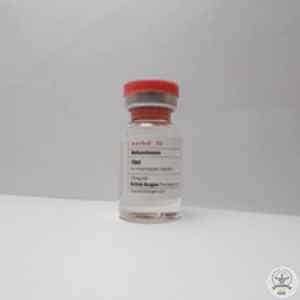 Bodybuilders use Averbol a lot nowadays in every bulking cycle. It can be said that Dbol is the most famous and popular steroid. Methandienone can be used by a newbie as well as by experienced athletes. Many athletes have achieved great results especially by using this steroid for gaining mass. Averbol 25 is produced in the injectable form, and it’s so popular due to its low cost and availability.

The steroid was originally used during the recovery period mostly after the burns. Also, it was sometimes prescribed to women to increase the overall tonus. However, very soon dbol 25 began to be actively used in bodybuilding to increase body mass and strength. The effect of the steroid is manifested in the acceleration of protein synthesis and the reduction of body fat percentage. Methandienone has a pronounced androgenic and anabolic effect.

There are 3 main reasons why athletes still choose to buy Dbol 25. First, the steroid is available in two different forms, each athlete can choose which he prefers more. Secondly, this steroid was used by more than one generation of athletes, and it has proven itself. Thirdly, the availability of methandrostenolone, its price makes it very affordable. But athletes should keep in mind that during the dbol cycle also potassium and magnesium complexes should be taken. It is also necessary to provide liver support, which always suffers from taking pharmacological drugs.

It should be noted that any dbol requires strict follow to dosage recommendations. Some steroids suggest a gradual increase in the taken dosage the same as the pyramid principle. British Dragon dbol needs to be taken differently. If you constantly increase the dose, then the body will get used to and stops responding to the anabolic.

Taking the initially overestimated dose, you will get side effects, and the achieved result will quickly disappear. The maximum testosterone concentration in the body comes in the morning and evening, approx from six to nine hours. So it’s better to take British Dragon Dbol during this time. Due to the body’s forces, you will get a double result. The recommended dosages are 25mg EOD. Of course, the individual dose should be calculated by a specialist.

More about this steroid you can read here.